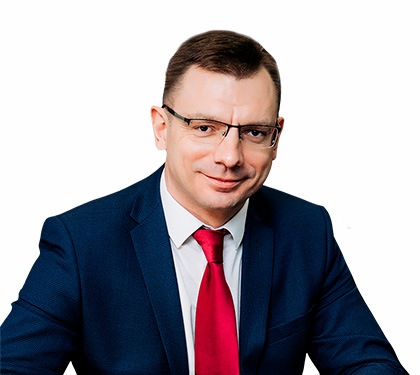 Member of the Saint Petersburg Chamber of Advocates since 2011, register number 78/5360.

For his outstanding professional achievements, Sergey Tokarev was awarded a Certificate for the Advocate’s Successful Performance in Criminal Defense by decision of the Saint Petersburg Chamber of Advocates.

Graduated from the Kutafin Moscow State Law University in 2006.

From 2011 to 2016, Sergey Tokarev served as Advocate with Pen & Paper Attorneys at Law.

He actively participated in developing draft bills devoted to amending criminal law and criminal procedure law at the Council of Federation of the Russian Federal Assembly.

Organizer, speaker, and participant of Russian and international law conferences, forums, and round tables.

Repeatedly recognized as one of the best lawyers of Russia in litigation, according to the annual international Best Lawyers rating.